The library includes a docker, which makes it convenient to work with various one-dimensional and two-dimensional barcodes. It significantly expands the number of barcode types available for generation in comparison with the standard CorelDraw tools, and also removes the restrictions on working with them. All codes are created in vector form, which allows you to apply to them any available transformation operations, change color, etc. 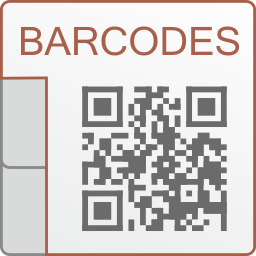 The docker for the formation of barcodes allows you to conveniently and efficiently organize the work of the designer. The entire previously entered information is retained even after CorelDraw is restarted. All barcodes are created in vector form and information about the text contained in them is added to the finished object. This allows you to conveniently load and edit barcode data at any time.

The plugin allows you to create a large number of different barcodes, calculating if necessary additional control digits.Several types of modern two-dimensional codes are at your disposal. They allow you to encode a large amount of arbitrary textual information, including texts in different languages.

One of the most interesting and useful features of the plugin is the ability to generate QR code with electronic business card known as vCard. This format is actively used by applications and mobile phones for the exchange of contact information. It typically contains the name, surname of the person, details about the company, telephones, mail, etc. Such a bar code, for example, on a business card allows you to automatically read and add to the mobilephone's address book all data in a couple of seconds. Conveniently organized input and the ability to edit previously created codes in vCard format turns this plugin into a powerful tool in the arsenal of any designer.

The library can be installed using an installer common for all plugins which is available for download here on the site. Additional information on installation and activation can be found at this page.

After you have installed the plugins in the CorelDraw menu Windows/Dockers/ReproScripts an item appears, allowing you to open the corresponding docker.